I used hierarchical clustering to group players by offensive role using Synergy’s play-type data. You can trace the branches of the player-cluster tree by clicking on the image below to find the interactive version of the chart in Tableau.

Here are the ten types of plays that were used to sort out the offensive roles. Click on the image below to visit the interactive version in Tableau if you want to highlight a particular player – how often does he attempt to score in isolation (frequency)? How many points per possession does he score when he does try (PPP)? 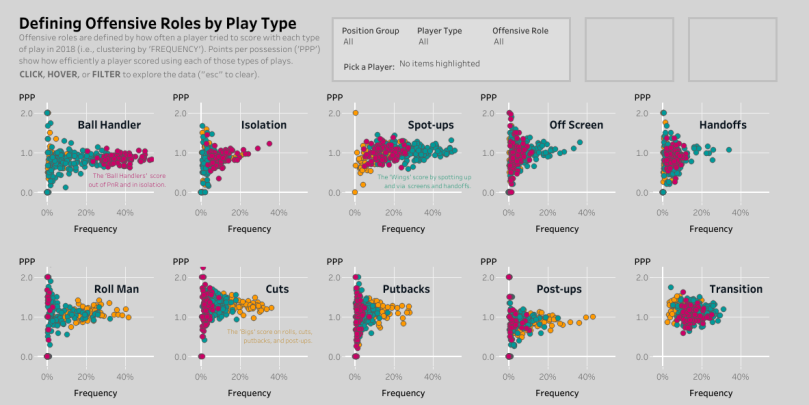 I used the same approach to group Division 3 players by offensive role. I created an opponent scouting dashboard to help predict how each opposing player would try to score and in which types of plays he would pose the greatest threat.