Combined distance traveled by 5,000+ career 3-pointers attempted by Stephen Curry during ten years of NBA games versus the distance to the moon. 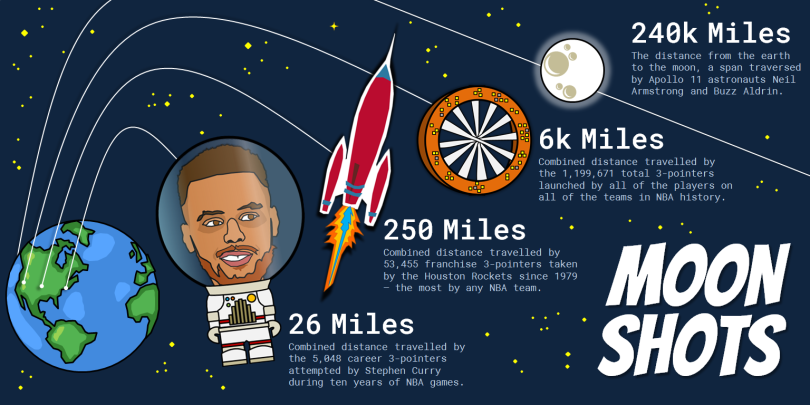 Between 2012-13 and 2015-16, Stephen Curry led the NBA in three-pointers made during four consecutive seasons; with 272, 261, 286, and, 402 threes, respectively. On average, Curry stood 26.0 feet away from the basket in sinking these 1,221 three-pointers. So, over the course of those four regular seasons, the combined distance traveled by Curry’s made threes was 31,730’. For some context, that’s a distance longer than Mount Everest is high.

This animation was initially run as part of the Rotation on Fansided, “Warriors advance, near mountaintop.“